Well, here I am trying to sneak in one last post before 2019 rings in. Are you doing any celebrating? We're going all out...probably a bowl of popcorn, and bedtime by 10:00ish or so. I know, right?! DH and I are so wild, lol! When the kids were little, we would stay up playing games and drinking kiddie cocktails, and watch Dick Clark drop the ball on TV. We actually did go to a New Year's Eve party once...still made it home before midnight. Guess we're just not party animals. If you're going out tonight, please be safe; I want to see more of your cards in 2019!

I've been practicing coloring. Kara gave us a nice little tutorial when we were at the Lake House, and while my coloring will never be as incredible as hers, I have made improvements. Now I want you to stop right here and check out Kara's blog. Girl has crazy skills with a Copic! Here's the link to Kara's blog: MissDamnWhyCan'tIColorLikeHer????  Oh, and don't forget to come back, lol!! See...I was right, wasn't I??!!


I actually colored an image. Thought I'd play along at Time Out and SSS Wednesday Challenge. 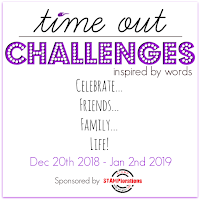 She cracks me up! 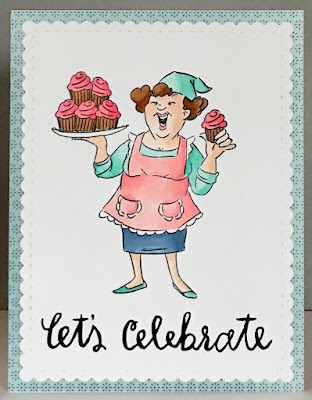 It looks a little dark, but we're getting RAIN right now. Though I guess rain is better than getting a foot of the 's-word!!' I first colored up my AI baker lady, and winked up her cupcakes. Then I found a perfectly sized sentiment from Studio Calico. In my scrap files I found a good sized chunk of that patterned paper, which just so happened to match her skirt and shirt! I like the way this turned out. She'll go to a friend who will appreciate her body type...And the cupcakes! Well, I'm about to get kicked out of my craft room. My amazing, incredible, hard-working cleaning lady is coming in to get it all ship-shape, so will close for now. Blessings to you in 2019!! As always...

This one turned out just the way I saw it in my head. Love it when that happens! It will go to play at C(ASE) This Sketch, and also at Addicted to Stamps. 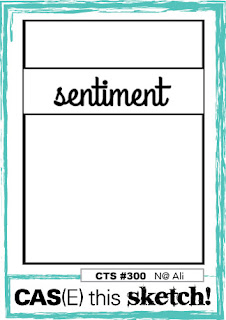 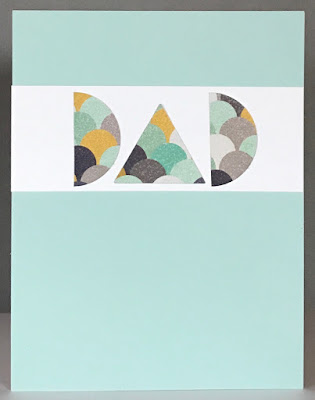 I started out with an aqua-greeny base. I found an old pad of 6x6 papers from MME, and die cut a WPlus9 circle, which I split for the "d's," and an MFT triangle for the "a." Popped the letters on a white strip and called it done.

And while I am here, how about another coffee card for Amy's Coffee Lovers Blog Hop? Okay! You are playing along, aren't you? You still have time to enter, so don't be shy; come play! 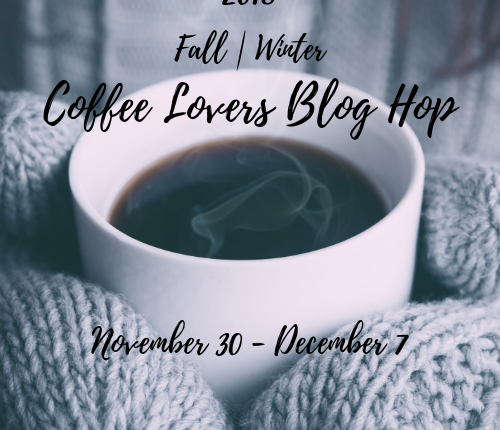 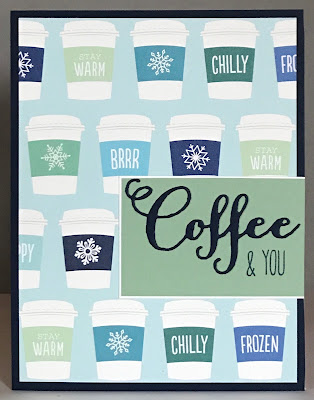 I had a scrap of that coffee paper left over from a few years back, and found it just in time for this hop. The base is not black, nor is the sentiment. They're really navy blue, but we have an overcast day and nothing is photographing the way I'd like it to...I don't remember who made the paper, but the "coffee" is from Verve, and the "& you" are from PTI. Pretty EZPZ! And now it's time for me to look at the bill pile. Ugh. I'd rather be making cards!! Have a wonderful weekend, and as always...

And A Merry December To You!

The year sure has flown by, hasn't it?! I'm very curious to see what 2019 brings to us all; I personally, am hoping for no more heart troubles, and peace on earth of course! However, we're not quite done with 2018, and so I think I should write at least one more post and show you a couple more cards before we close out the year. Alrighty then, let's get to it, shall we?!

First up is a card that will play along at SSS Wednesday Challenge, where the prompt is 'anything goes.'

Here's what I made: 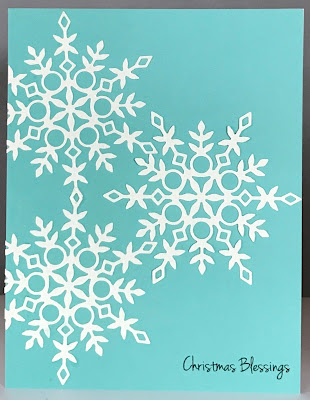 A pretty simple card really, except for gluing down all those little points and parts. Someday I'm going to invest in a Xyron machine just for things like this...(uh-huh...). A blue base, SSS snowflake die cut using glitter paper, and a Uniko sentiment. There really is some sparkle to it...

And I would be remiss, if I didn't play along with Amy's 2018 Fall/Winter Coffee Lovers Bloghop. Thank you goes out to Amy and the Design Team for all the hard work involved in this hop. It's so much fun, and I hope to see you in the gallery too. 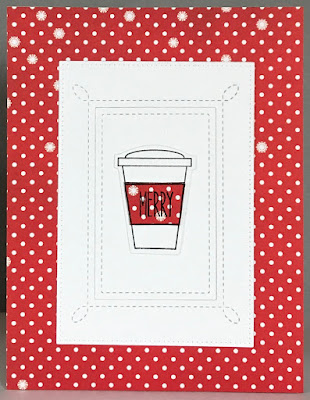 I found a scrap of polka dotted snowflake paper and went with it. That's a MB die on the inside of the white panel and an MFT on the perimeter. A PTI coffee cup and die and a sentiment from a different PTI set. EZ and fun to make. See you all in the gallery!