Thanks again to Melissa for having me as CASology's Featured Designer for the month of November. I'm having a blast, and if you haven't, play along with this week's Cue Card! Melissa and her team are truly wonderful people, and the challenge is always fun!! Last week, you all had a little peek into my craft room. I'll admit I was a bit nervous about sharing photos of my crafty space, as it's not as coordinated as I wish it were, but it is organized...at least mostly. However, it's not really as tidy as it appeared in the photos I shared. Not when I'm working anyway. I'm not the kind of crafter who makes one card then puts the supplies away before starting on a new card. When I'm on a roll, my workspace shrinks to about the size of my folded up MISTI. The 'tidying up' happens at the end of a craft session. Or a craft day. Or a couple of days. But if I'm not using a tool or papers or ephemera, I do like them in their place, which usually means behind closed doors or inside drawers. And I'm dyslexic. Now that doesn't have much meaning except to say that my brain doesn't work normally (hahahahahahahaha, as if it ever did, hahahahahaha) and I have to have things organized in a way that works for me. If you go back and look at the photo of my credenza from last week, you'll see those sweet boxes containing my clear stamps. There is no order to them, except by company; all stamps from each company are together and none are in any kind of alphabetical or theme order. But sitting here without turning around, I can tell you, from the furthest right box to the furthest left box, exactly which company is where. It works for me.

Moving right along, here's what my craft desk looks like this morning (she said, cringing and wondering if she should just continue the lie about neat and tidiness). 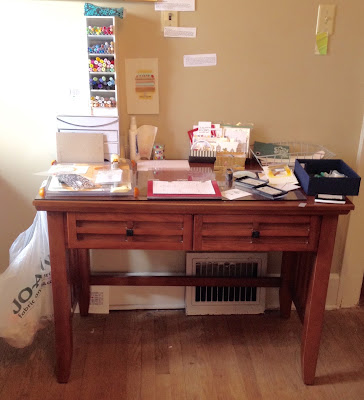 I'm working on two sets of CAS, monogrammed notecards for granddaughters Jessica and Melissa for Christmas. My desk will look much neater by the end of today. Maybe. I hope. And because I can reach the counter to the left of my desk without hauling my butt out of the chair, here's what that looks like: 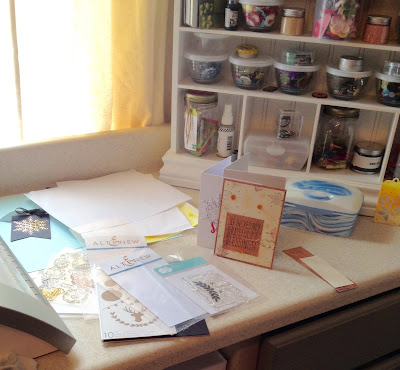 All kinds of goodies just piled up until I finish these notecards. And finished and half-finished cards. And tags. If I wanted to use my Silhouette, the easiest way would be to open that top drawer and sweep everything in. Not that I've ever done that... And this too, will be put away later today.

Golly, I hate the way that looks! But creating is a process, so I guess I'll have to tolerate the mess for a few more hours.

How about some cards? Ones I haven't published. Okay! 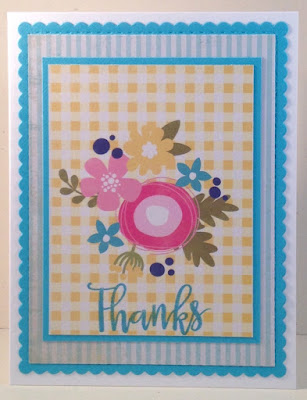 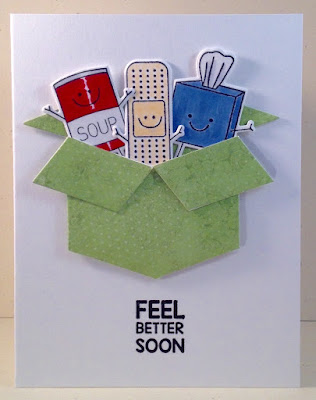 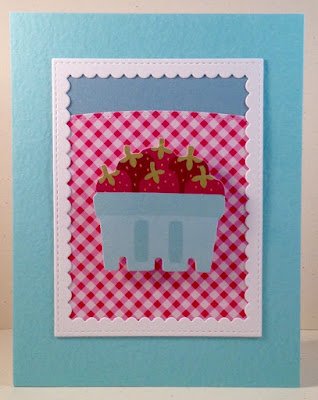 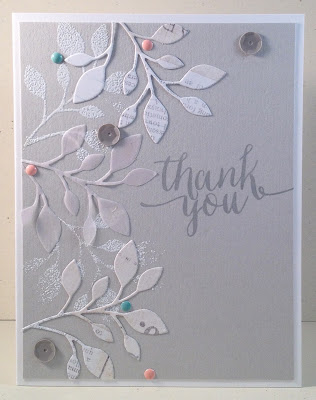 None of these are CAS, but since I've been on a CAS roll, I thought I'd show you something a bit different. As you can see, I run the gamut from CAS to layers and froo-froo. And since I've talked your ear off once again, as I'm wont to do, I'll stop. Make sure you stop back next week for my final feature; it'll be full of thankfulness! Happy dances everyone.

Lovely to see you as the CASology featured designer this month ... and to see your creative space and lovely cards.

Glad to see I'm not alone, I too usually end up with tiny work space area as supplies from project after project pile up. If I'm on a roll I can't stop to clean up. However everything has a place and will end up there eventually, otherwise I'd never find anything.
Gorgeous cards, thanks for sharing

So fun, love seeing your space!
Awesome card, love them all!!

Well, my sweet friend, what a glorious post ... the photo's, the ongoing projects, your fantastic commentary ... it's just like sitting opposite you, chatting, laughing and watching you create (so, rather Lake House like then!)... what a joy! Delicious cards ... sweet and fun ... and that last one's so deliciously elegant and stylish ... love it! Missing you, mon amie ... big hugs & bisous, Anita :)

Well, messy or not, you still have a wonderful crafty space! ;) So glad you shared your 'non published' cards...they're all so sweet! (guess they're published now though. heehee.)
Happy Friday, Bev! Enjoy your weekend!
Hugs

Lol, we are all so different, I have to clean up between each card otherwise I can't 'think'. Thanks for the share!

Thanks for sharing pictures of your craft space as well as your talent! I chuckled as I read your post; I felt very "at home" in your space because mine looks similar if not worse! Sometimes, when I'm out of mojo, I just stare at the disarray and think & let my mind wander... and wah lah, an idea pops into my head!

Such darling cards, BEv! I LOve that get well - almost makes me want a little sniffle just to get that one in my mailbox! Thanks for inviting us all into your space - so fun!
=]

Hi Bev. So nice to get a peek into your craft room. Also, your cards are so wonderful. Thanks so much for being our Guest Designer this week.

I totally understand your desk, Bev. When I'm on a roll I might have four or five cards in some state of completion. Or if I think of an idea, I haul out what I need to make the card and stack it on the corner so I don't forget what I want to do. You've done a lot on that busy looking desk of yours. I love that little box of get well supplies.

I'm sorry Bev, but your work area doesn't look all that messy to me! I'm thinking you are a pretty dang neat crafter! You don't even want to see my desk when I'm working, not pretty at all and far more messier than yours. lol We all do what works for us and if the truth be told, I bet a lot of us are just as dyslexic as you are! Love, love, love all your cards! The first one is such a pretty spring looking card, that get well is simply adorable, the berry basket is just plain fun and yummy looking, and the leaves thank you is just so elegant looking! You were certainly on a roll with all these fabulous cards Bev! Hugs, Brenda

Love your mess, and your work in progress! That gives the rest of us hope! Lovely cards too, CAS or not, they're wonderful!

Well, I must admit I love your craft space and it looks well loved! It is so great seeing your space and your wonderful cards...so glad you are our featured designer this month!

Show me a clean craft desk...and guaranteed there will be no cards to show at the end of the day!!! Ya gotta make a mess while card making. It's an actual rule found in Section 3, Article 4a (mid page if I remember correctly) and specifically says:

"one MUST not have a clean desk while crafting. If so, the crafting police will be dispatched to the home of the guilty party and will promptly begin 'messing things up'. Yep - a real rule. And...I've heard that "they" make a really, REALLY big mess that has taken other crafters (who unfortunately have been visited by said police force) days and days to clean up. So, best get messy to avoid jail time!

Fabulous cards! Adore the bright colors and little square background on card one; the absolute sweetness of the feel better gift box, gingham AND scallops (so country) on card 3, and the subtle, STUNNING elegance of card four (my fav).

I am very relieved to see your craft area in action! Whenever I see organized and neat spaces of bloggers I am secretly relieved that I am not obligated to show my constantly very messy corner to blogland! I usually have only a small area to work on. Once after giving it a thorough clean I didn't create for a long time because I was afraid to mess up the space again! I probably put my mojo away with all the other stuff! The crafting police, Geri talks about will definitely not stop by my place any time soon... Phew!
Anyway, your craft room looks very cozy and clearly works well for you as your beautiful creations show! Your cards are sweet and fun and pretty no matter which style you use!

I agree, Bevie, I don't think it's possible to get wrapped up in a crafty roll and NOT make a huge mess ~ which your's isn't! I'm like you and like to have a cleanup once that particular "roll" is over, so it's a fresh slate. I really enjoyed this part 2 of your craft room tour, especially all those sweet bottles and containers! You have been hiding these fabulous cards from us? I'm so glad you posted them now. They are all superb and full of inspiration!! Keeping you in my thoughts and prayers. Love and hugs, Darnell

SO lovely to have you join us as our Featured Designer, Bev! You are such a talented card maker - it's lovely to see you across a few genres! ;-),and also to get a sneaky peek at where the magic happens!

Hi Bev thank you so much for sharing your craft space with us. I think it looks perfectly organized. I totally get about your space shrinking when you are creating. Sometimes, well a lot of the time by the time I am finished for the day it looks pretty much like a bomb blew up on my table! Love that you have a nice right window by your table, it makes it so much easier! Your cards are all fantastic but I really love get well kit popping out of the box--very creative and fun!

That gray one - soft and lovely. Swoon. And as for messy craft rooms - no fear - I win that category hands down! Have a wonderful turkey day with your family.

I think we all like to pretend we're always organized with nothing out of place, but alas, we really need to keep it real! ;) Art is a messy occupation and I, for one, don't mind the mess it creates nearly as much as the ones I find around the house on any given day! Haha! It's like art mess is SUPPOSED to happen!
Love your collection of unpublished beauties! Your creativity really shines through! Such a variety!
So happy we get to feature you another week over at CASology!!! :)

I wouldn't cringe too much because my desk looks twice as bad when I'm working! Can't be creative without the mess! What fabulous cards! Every one is simply gorgeous!

I LOOOOOOOVE what I see! Your cards have always, always inspired me!!! HUGS Bev...HUGE HOLIDAY HUGS!!! -Kimberly